Jeremy Portillo – President.  Jeremy is a licensed architect at Watershed, a green building consulting and design firm in Fairhope. A graduate of Florida A&M, Jeremy is an accredited LEED professional, passionate about designing healthy, sustainable buildings. He earned certification as a Fitwel ambassador, the first in Alabama, demonstrating an expertise in healthy workplace design. His hobbies include gardening, tinkering with cars, goofing off at the piano with two daughters and two sons, and designing houses with his wife, Dana, an interior designer. He volunteers with Habitat for Humanity and Prodisee Food Pantry.

Casey Rodden – Treasurer.  Casey grew up in Mobile, but college and life took him to a suburb of Memphis. After 11 years away, he and his family moved to the Eastern Shore and now call Fairhope home. Casey walks his kids to school with the Walking School Bus.  From his office in Point Clear, he has a view of a busy portion of the Eastern Shore Trail.  You may find him strolling the Trail while on conference calls. He is inspired by walkers, runners and cyclists, and wants to ensure that pedestrian access to safe trails and roads remains a priority for Baldwin County.  He brings more than a decade of financial expertise to the Treasurer role.

Molly Spain – Secretary.  Molly grew up in Montevallo, Ala., and moved to the Gulf Coast for college where she played softball at the University of Mobile. In recent years, she has managed campaigns for non-profits. She met her now-husband, Keith, biking the roads of Mobile. Molly has two young boys in the Walking School Bus Program. An active runner, Molly and her family frequently can be seen on the Eastern Shore Trail. Molly joined the board to help pass on the values of maintaining a healthy lifestyle to the next generation.

Ken Niemeyer  is a Fairhope native who attended Organic and Public schools. He retired from Regions Bank in trust and estate administration. An environmental activist, Ken is involved in several charitable trusts. He is a Big Brother and supports programs to advance public education. His primary interest in the Trailblazers is promoting safety education for runners, walkers and bikers who use trails, and programs that encourage walking and litter control. Ken is involved in historic preservation and was active in tree planting and billboard removal along the Eastern Shore.  He is a graduate of University of Virginia and University of Alabama School of Law.

Christopher Grant is a professional Landscape Architect with years of experience as lead designer or project manager on planning, design, and environmental projects throughout the Gulf Coast. His passion for creating safe and accessible recreational opportunities for everyone inspired him to join the Baldwin County Trailblazers Board. Christopher lives in Fairhope with his wife, Ginny, and four daughters who frequent the Eastern Shore Trail and Walking School Bus.

Michelle Melton hails from Auburn/Opelika area and lived in several states before settling in Fairhope with her Jack Russell Terrier, Lodi. Her personal and professional passion is the great outdoors. She and Lodi enjoy hiking, kayaking and sailing. For the Trust for Public Land in Chattanooga, she negotiated real estate transactions that make up the Tennessee Riverwalk and other state and national parks. She collaborated with The Nature Conservancy, Rails-to-Trails and other land trusts creating greenways and blueways, and adding acreage to existing green and open spaces. In her current job for the City of Mobile, she acquires property for RESTORE Act projects that add recreational/ open space in Mobile County. She has degrees in Political Science and Law with natural resources and land use emphasis from University of Denver.

Cindy Wilson is Director of the University of South Alabama Baldwin County and Chair of Leadership Baldwin County. A resident of Fairhope for over 25 years, she is now helping the next generation of her family enjoy the beautiful environment of Baldwin County. She and her sons and their families enjoy the coastal aspects of the county, as well as walking, biking and the outdoors. She earned degrees at Millsaps College, Texas A&M and University of Alabama.

Elliott Lauderdale is a longtime Fairhope resident,  who volunteers with Read Aloud Baldwin, and teaches taijichuan and swimming to Rotary youth. He traveled as a child, as a U.S. Air Force airman, and as a student of Chinese educational history.  For 20 years, he taught at USA, helping non-traditional learners research and design senior capstone projects.  In his leisure time, he rides bikes, swims, reads and travels.

Virginia ‘Gina’ Littlepage settled in downtown Fairhope in 1999 after calling California, Washington D.C., Colorado, and New York City home. She marvels that in all those places she could  bike or walk from home to work. As a board member, she wants to work to offer that option safely to others. She supports the Walking School Bus program and frequently accompanies the children. Gina owns The GO Group, a property management company, and is associate broker at Bellator Real Estate and Development in Fairhope. She has a BA from Birmingham-Southern College.

Beth Craft has lived in Baldwin County her entire adult life, working as a teacher and a mental health counselor, most often with children.  She has enjoyed running, walking and cycling for many years, and has participated in most local race events.  She lived in Gulf Shores until three years ago, but worked in Fairhope and often used her lunch hour to exercise in the beautiful environment of the trails by the bay and in the shade of the neighborhoods.  She is happy to be part of a movement that works to expand and improve existing trails. She also loves to get out on the water by boating, or on her kayak or paddle board.  Now retired, Beth looks forward to daily walks or rides in this beautiful place we call home.

Frank Stickney grew up playing in the woods of Montrose that weave along the Eastern Shore Trail. He studied psychology, philosophy and art at Guilford College in Greensboro, NC, where his appreciation for urban greenspaces continued. He worked in the NYC photography and event industry as a set builder and photo studio manager, transitioning to a career in IT support before he and his wife, Maggie, moved to Fairhope in 2011. His wife and three little girls have come to share his love for the trails and environs of Baldwin County for walks, jogs and family cycling adventures. Frank follows in the footsteps (literally) of his mother, Carol, who is a fixture on the EST and can be seen walking through Montrose daily.

Charlene Lee, Director of the Walking School Bus, is founder, leader, and cheerleader for the WSB. Under her care, participation has grown exponentially each year.  She championed building Fairhopers Community Park, and was City of Fairhope Volunteer of the Year in 2017. A graduate of Auburn University and a former high school PE teacher and gymnastics coach, she directed adventure therapy programs in adolescent psychiatry/ alternative juvenile justice settings. She enjoys walking, cycling, hiking, reading and kayaking.

Tammy Leytham, administrator, volunteered with the Walking School Bus for several years and sometimes conducts the walks. A Mobile native, she graduated from Liberty University and was a newspaper journalist for more than 25 years.  She especially enjoys writing about the wonderful attributes of the Eastern Shore. On nice days, look for her kayaking and paddle boarding. 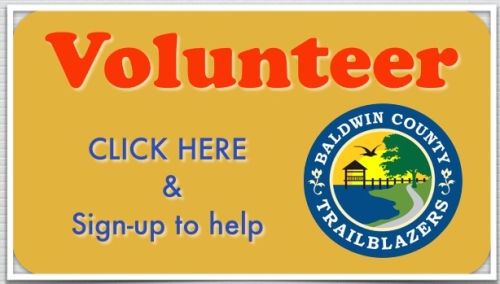